I can telemark ski alright but I have no idea what’s left, right, front or back on a snowboard. Williams Brewing caught some flack about this cover: a customer wrote to complain about the portrayal of irresponsible drinking. Bill Moore, the owner, posted the comment on Facebook asking for responses and everyone agreed (in so many words) that the complaining individual was an idiot. Except one customer who called attention to real scandal: the topless bear in the foreground. 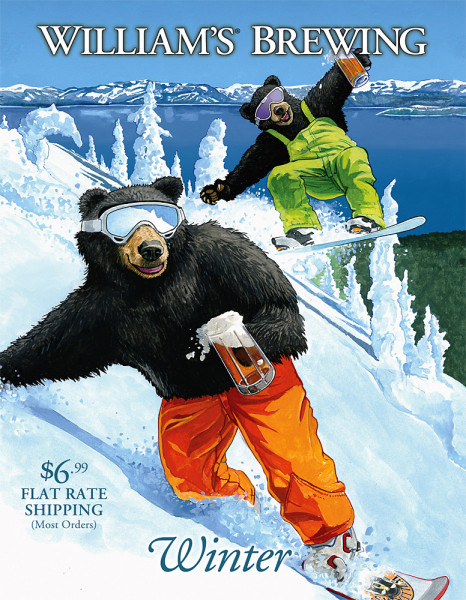